I have been privileged to be a pastor for about 9 years. In the first church I served at, my tenure lasted about 4 years. The second tenure lasted about 3.5 years and now I am serving as pastor of a third local church. Surprisingly, my experience as a pastor is not unique. It does seem short, but statistics tell us that the average pastoral tenure lasts about 3.6 years. To state the obvious, that’s not very long and this illustrates the unfortunate state of pastoral longevity today.

It was not always this way. One of my hero’s of the faith, Jonathan Edwards (1703-1758), grew up during a time where long pastorates were the norm. His grandfather Solomon Stoddard pastored the same church for over 55 years. His father Timothy Edwards pastored the same church for over 60 years. And had he not been forced to resign from his church after (only) 23 years, it’s safe to assume Jonathan Edwards would have served till the time of his death, just like his father and grandfather and the majority of pastors in Puritan New England. The relationship between pastor and church was kind of like a marriage – “till death do us part” was the idea. That is not to say there was never conflict, but there was a long-term commitment that was virtually unbreakable. In the three centuries since, the pastoral landscape has changed dramatically.

Over the past few months I have gotten to know a man by the name of Dave Lewis. Dave is a kind and humble man who loves to golf and I am told is quite competitive. Dave is a fellow pastor and when we met one morning at a local MacDonald’s I asked Dave, “How long have you served at your church?” I knew he was an older gentleman but his answer still blew me away…. 64 years! Dave started serving at Bald Eagle Alliance Church in Osceola Mills, PA way back in 1953, not long after he had graduated from Bible College. While a lot has changed during that time, and countless pastors (including me) have transitioned to other churches, Dave has stayed put. From what I can tell, he doesn’t have any retirement plans, even though he is now 87 years old.

I was curious so I asked Dave what the secret of his longevity was. He answered, “the grace of God and the will of God.” His simple answer hints at a profound truth. It is not God’s will for every pastor to spend his entire ministry at one church. However, in the case of Dave, God ordained that he would have a lifetime ministry at one local church. Such a long ministry was only possible through the sustaining grace of God.

As we continued to talk, Dave spoke to the need of every pastor to read good books and even mentioned a few authors by name. “Read Bunyan, Newton, Spurgeon, and above all Tozer” he said. Dave talked about the early days of his ministry when he heard A.W. Tozer preach on several occasions. Ever since Tozer’s death in the 1960’s, he has drunk deeply of Tozer’s works and it was almost as if he knew Tozer like a close friend. Pastor Dave is a voracious reader of Christian classics and he encouraged me in that same direction.

There were a few other things that pastor Dave counseled me on that are worth mentioning. Prayer for him is the “power house” of the ministry. Of course, he was simply echoing what Charles Spurgeon and many others have said before him. Having a focus on prayer is absolutely vital when it comes to maintaining a long and fruitful ministry. He also spoke to the need of every pastor to immerse himself in Scripture. While there are plenty of good titles and good authors (such as the above mentioned), there is no substitute for the Word of God.

When I asked Dave to tell me about his church, he had nothing but good things to say about his people. “They are the most loving and gracious people a pastor could ever ask for,” he said. Even after all these years, there was still a love affair between the pastor and his people. I have been around long enough to know that this is unique and I found Dave’s words concerning his congregation to be refreshing and encouraging. Perhaps the thing that I found most remarkable about Pastor Dave is that there is still a fire in his belly that drives him. As he shared about what he was preaching and teaching on in the coming week, there was clearly a passion and excitement. It seemed as though he couldn’t wait to share the riches that he had discovered from his study of God’s word. Even after 64 years of preaching the Word and shepherding the flock, the fire has not dimmed.

If you tried to look up Dave on the internet, you would find that he does not have a web presence of any sort. His church doesn’t have a website, he does not have a blog, nor does he have a twitter following. Dave is what we would call “old school” but I believe he is a model worth following and one that is all but lost in our day and age. Pease understand I am not here to put Dave on a pedestal. When I asked him about doing a little write-up on him, he was very hesitant to agree, not just because he is a humble man, but because he is aware of his own sin and shortcomings. Dave doesn’t want anyone to look to him or to any other man. Rather he would have us look to Christ (Isaiah 45:22) and His power to save. As the psalmist puts it, “Not to us, O Lord, not to us, but to your name give glory, for the sake of your steadfast love and your faithfulness!” (Psalm 115:1).

Far too many pastors start off wanting to be the next John Piper or Tim Keller or some other famous pastor. It’s fine to have good models in pastoral ministry but it is unhelpful and even detrimental to aim for ministry success from a worldly perspective. This is kingdom building of the wrong kind and it happens all the time. God is simply calling pastors to be faithful (Hebrews 13:17, 1 Peter 5:1-4, John 21:15-17, 2 Timothy 4:2) and diligent (2 Timothy 1:11-12) and to serve with endurance (2 Timothy 4:6-8) knowing that one day the Lord of glory will reward them for their labors.

Few pastors will ever spend the entirety of their ministry at one church. Obviously, Dave Lewis is unique and I praise God for his life and ministry and the example that he has given us. Many others have served well over the years, and perhaps you have heard of them and are aware of their ministries, but it is a safe bet that most are unknown to the world, except for the people and communities they serve. We can praise God for these faithful men, however, if you are looking for the best model to follow, look no further that the Lord Jesus Christ. He is the ultimate “good shepherd” (John 10:11) who lays his life down for the sheep. Every pastor should strive to emulate him and serve in the grace and wisdom that only He can give. 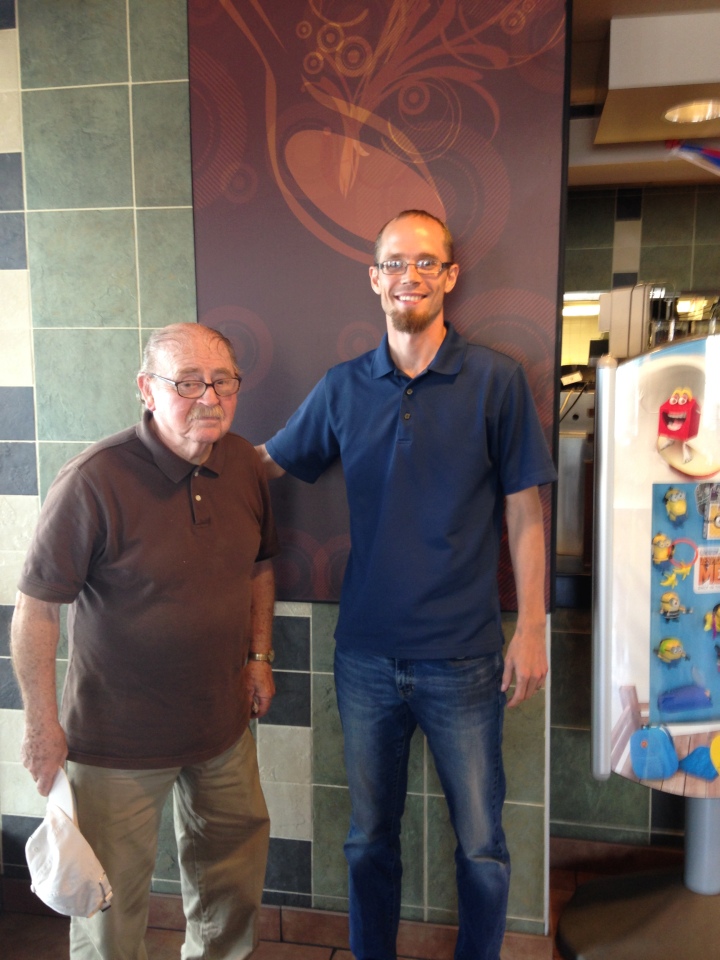 2 thoughts on “64 Years in Ministry and Counting….”

Dr. Daniel Stegeman has been blessed to pastor churches in Ohio and New York. He currently serves as the pastor of Pine Glen Alliance Church in Lewistown, Pennsylvania.